Joined Mar 6, 2016
·
357 Posts
Was this anyone's car on here or does anyone know this car? Beautiful black Ptype? It has the fender flares and ptype cloth seats. But no rear sunshade spoiler. Not sure if that was available in 82. Anyway nice car. 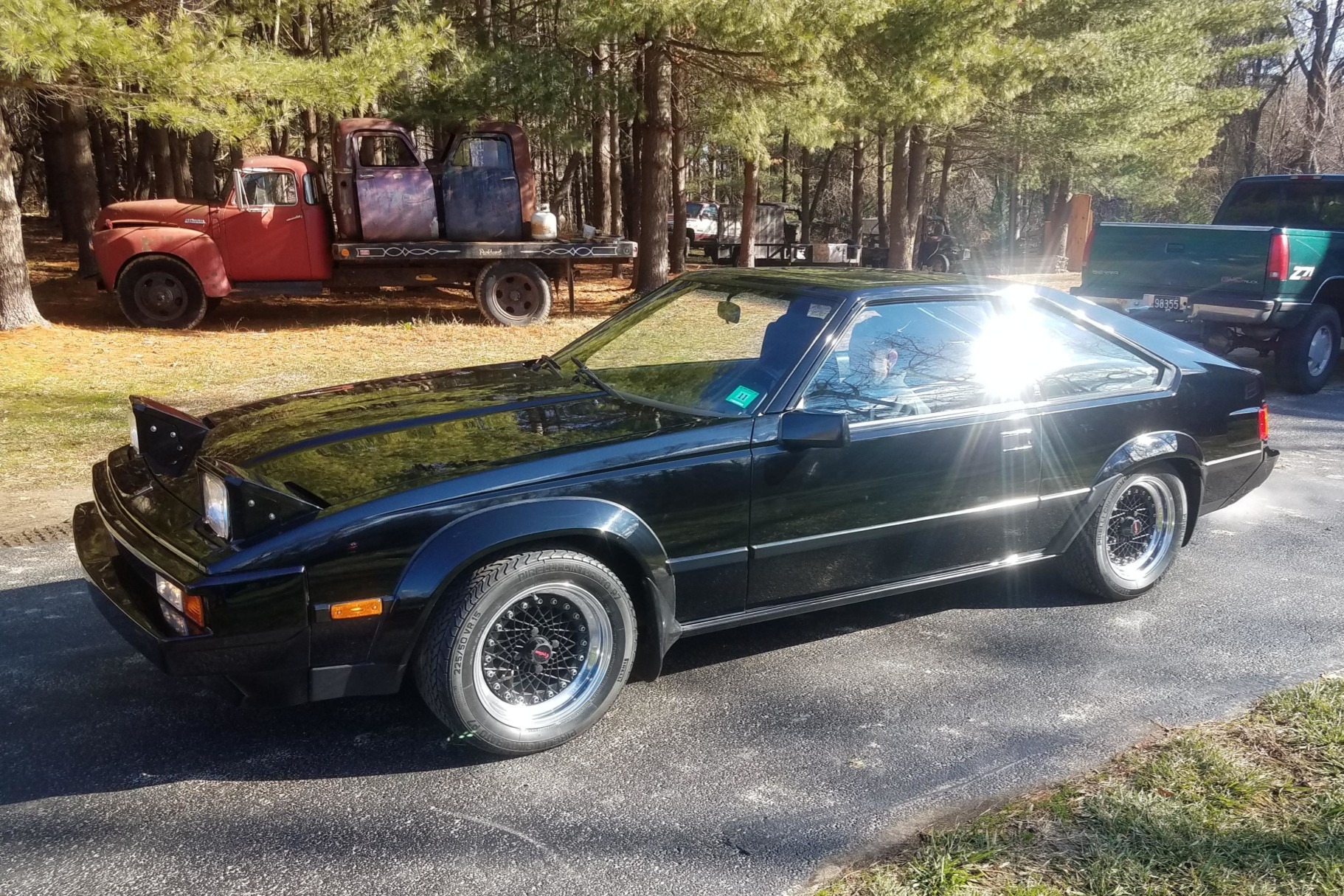 Bid for the chance to own a 1982 Toyota Supra 5-Speed at auction with Bring a Trailer, the home of the best vintage and classic cars online. Lot #30,204.

Sent from my LM-V350 using Tapatalk

Why is the rear banner the wrong one ?

But oh boy nice car! with the interior that has not turned to violet (like most of that style
Steering and shifter are mint !

Joined Mar 14, 2003
·
10,488 Posts
Nice car overall, but that stupid stereo in the hatch is a big turn off. Cars with stereos like that are always hiding a mess of wiring modifications and sometimes worse under the interior panels.

Definitely the later hatch banner, though hard to say if the car was special ordered with no spoiler or if he swapped a celica or LType one on at some point.

People are picking at the power antenna too as 82s had windshield antennas. But as I recall, my very first mk2, which was also an 82, had a power antenna and hole for it as well.

Joined Mar 13, 2003
·
8,271 Posts
Looks like to me one of those cars a dealer picked up that sat for awhile and did paintwork on to put it for sale. Probably got the newer decal since its much easier to find. It's missing the flat black on the bottom of both bumpers. Stereo install is a huge bummer though since they cut all the trim panels on the inside. It will be interesting to see what this does there since it's the nicest one they've had, but the market is also soft right now.

Joined Mar 14, 2003
·
6,342 Posts
I was thinking since the stereo was professionally done in the 80s, I was thinking there might be some added "nostalgic" value there. I remember back in the day, yes, we all had to have aftermarket stereo systems and the bigger the better. I did it myself (tho I was one of those few weirdos who refused to cut or drill anything). I remember making my own plywood boxes to house a pair of 6x9 speakers and trying to keep them from flying all around the interior by sticking them to the carpet with velcro (it didn't work). But I was poor. Some of my wealthier friends would go to a place called Hawke Electronics and have systems professionally installed. I don't think any of them spent that kind of money, but I'm sure it was possible. I kind of lost interest in stereo stuff after KZEW signed off the air two weeks before Christmas 1989. That was the day the music really died here locally. But if someone else were intent on re-living his youth in the 80s, maybe having his high school "dream car" with his high school "dream stereo" might be just the ticket. But what's up with that head unit? Looks like its hanging loose or something.

Joined Mar 14, 2003
·
10,488 Posts
Yeah if you want something like that anyways its probably a good car to get. Its not like the hatch plastics are unobtainable, but they always make a mess with sealers, expanding foam, wiring modifications and sound proofing when they do installs like that. Even the pros.
1 - 7 of 7 Posts
Join the discussion
Continue with Facebook
Continue with Google
or sign up with email
Recommended Reading
Read More
Read More
About this Discussion
6 Replies
6 Participants
Last post:
SupraFiend 3 mo ago
Toyota Celica Supra Forum
A forum community dedicated to Toyota Celica Supra owners and enthusiasts. Come join the discussion about performance, modifications, classifieds, troubleshooting, maintenance, and more!
Full Forum Listing
Explore Our Forums
General Chat General Tech Q&A Parts For Sale Picture Post Engine / Intake / Exhaust
Popular Communities